Lightstep Observability lets you see how individual versions (even partial deployments) affect your service performance. When you access the Service Directory, the Deployments tab shows you the latency, error rate, and operation rate of your Key Operations on a service. The operations are initially sorted by highest change during the time period initially selected.

Lightstep Observability considers Key Operations to be your ingress operations on a service.

When you implement an attribute to display versions of your service, a deployment marker displays at the time the deployment occurred, both in the Service Health view and in Change Intelligence.

Clicking this button navigates to the Instrumentation Quality view, where you can get more information about instrumenting for deploys. 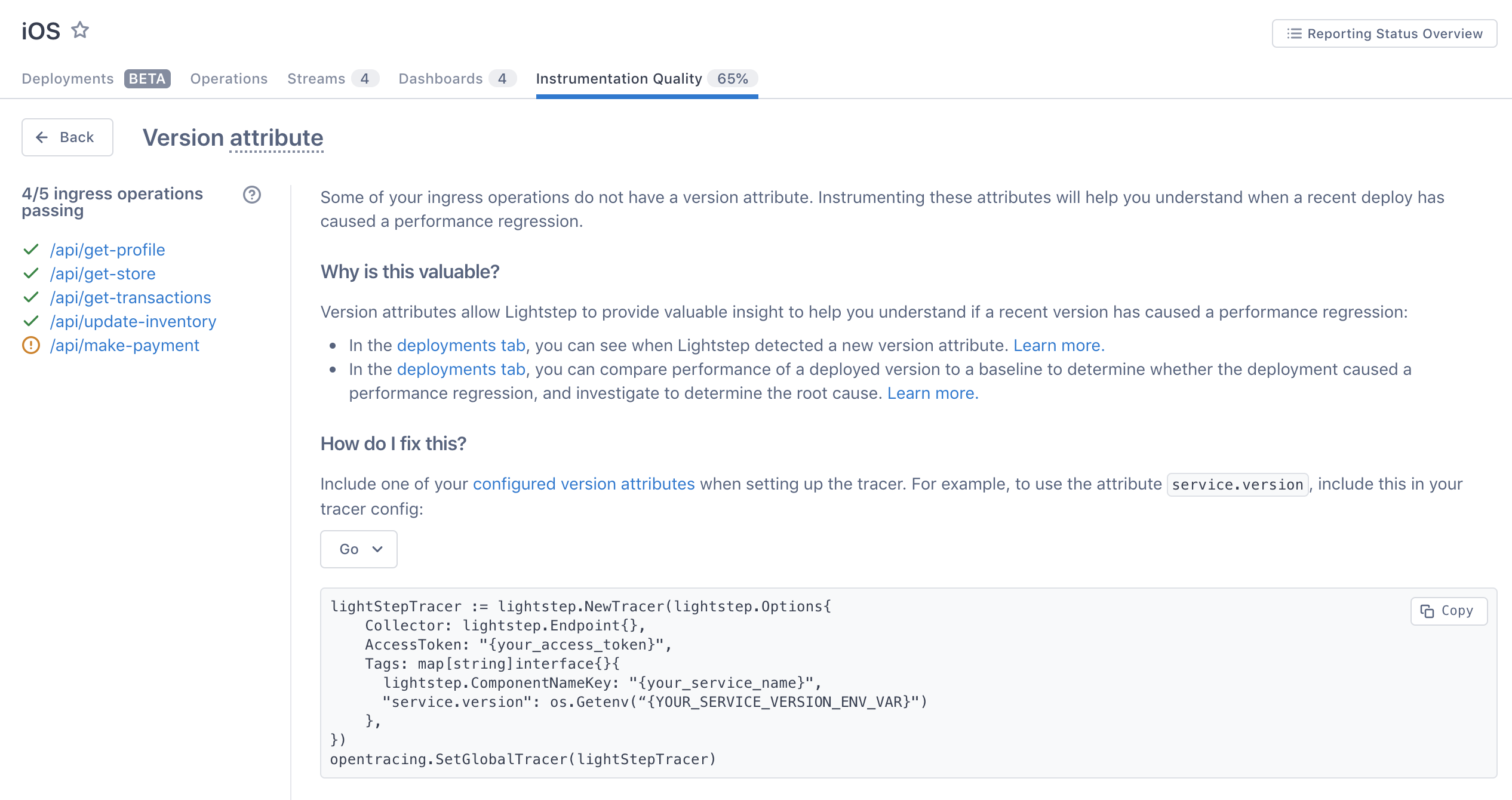 Before you can view deployments in the Service Health view, you need to create deployment markers as attributes in your instrumentation. Each time the value of that attribute changes, Lightstep Observability displays a new marker in the charts and begins tracking the independent performance of that version.

When Lightstep Observability detects only a single version in the time window selected, that version is displayed.

When more than one version has been deployed in that time window, you can choose a version to view separately. The marker for the selected version is solid. Colored lines represent the performance of that version, across the latency, error, and operation charts. All other versions display as grayed-out lines. You can hover over the chart to see the distribution of traffic between the versions and the corresponding performance. 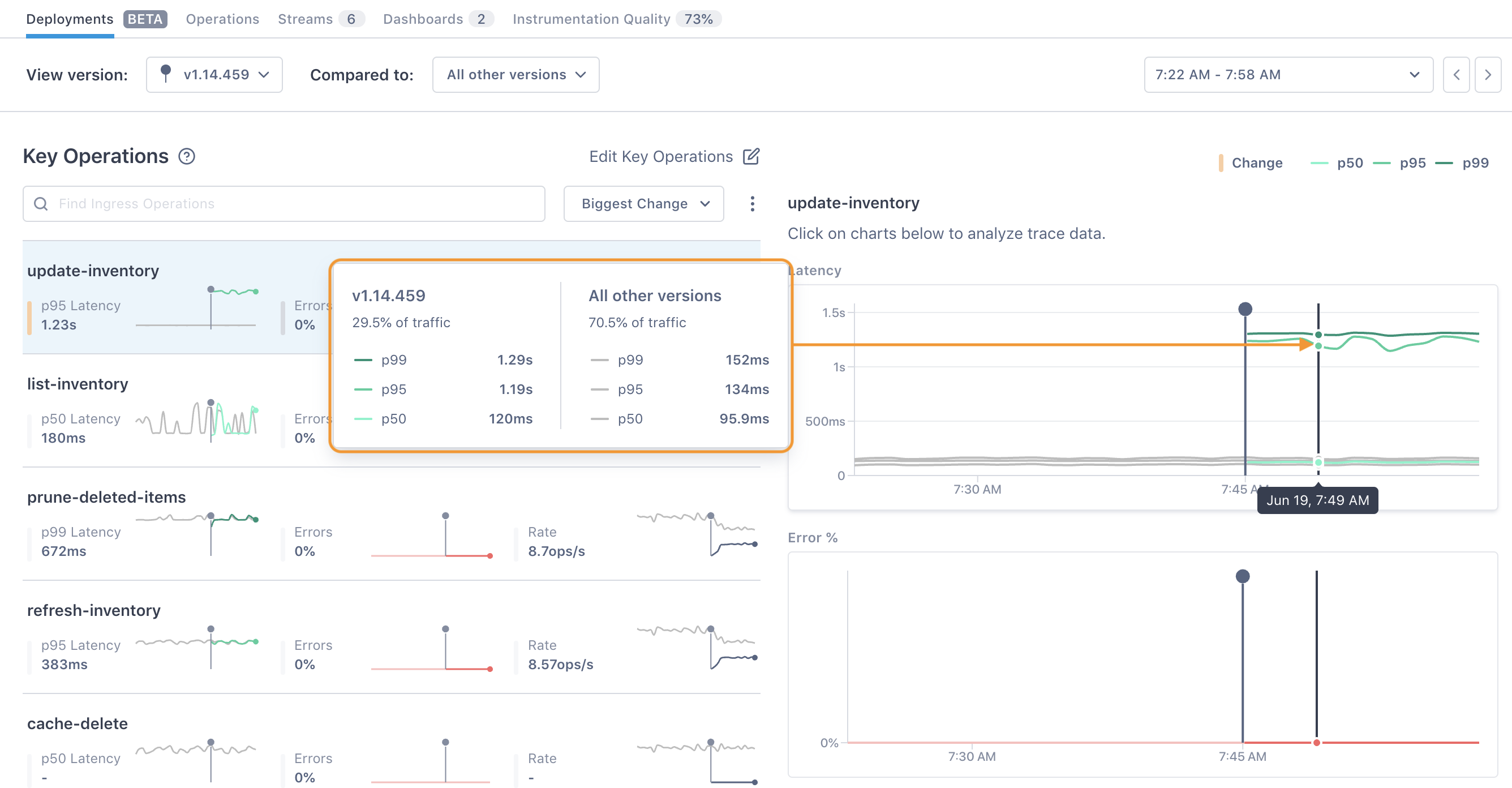 In the image above, you can see that the current deploy has about 30% of total traffic and is experiencing latency in the p99 and p95 ranges (the green lines), while before the selected deployment, the other versions were not (the gray lines).

When you notice that performance has regressed after a deployment, before you start digging in to latency or error analysis, it can be helpful to compare the current deploy to another deploy to see if the changes are an anomaly or if this type of regression is common after a deploy (often the case with canary deployments).

Lightstep Observability can help by showing you a version-over-version comparison of performance. When you choose to compare two versions, Lightstep Observability compares “time-shifted” views of performance. That is, it shows how the previous deploy performed for the same amount of time after its deploy, compared to how the current version is performing (it doesn’t compare how it’s performing during the same time period as the current deploy).

Lightstep Observability uses a time-shift comparison, as there is no guarantee that the two versions exist simultaneously.

To compare performance of two versions:

Now that you have a clear idea of which version may have caused issues and when, you can continue on to investigating a latency regression or an increase in errors and get to the root cause.

You can add deployment markers to the Service Health for Deployments view so that you can easily see when service versions change, and if the change affects performance in any way.

Monitor service health after a deployment

Use Lightstep Observability to monitor service performance after a deployment to catch regressions quickly.