The Service Health view on the Deployments tab shows you the latency, error rate, and operation rate of your Key Operations (operations whose performance is strategic to the health of your system) on the selected service.

Key Operations are displayed in order of magnitude of change in performance (you can change the order). You can quickly see the top performance changes and compare performance during latency or error regression spikes with normal performance. 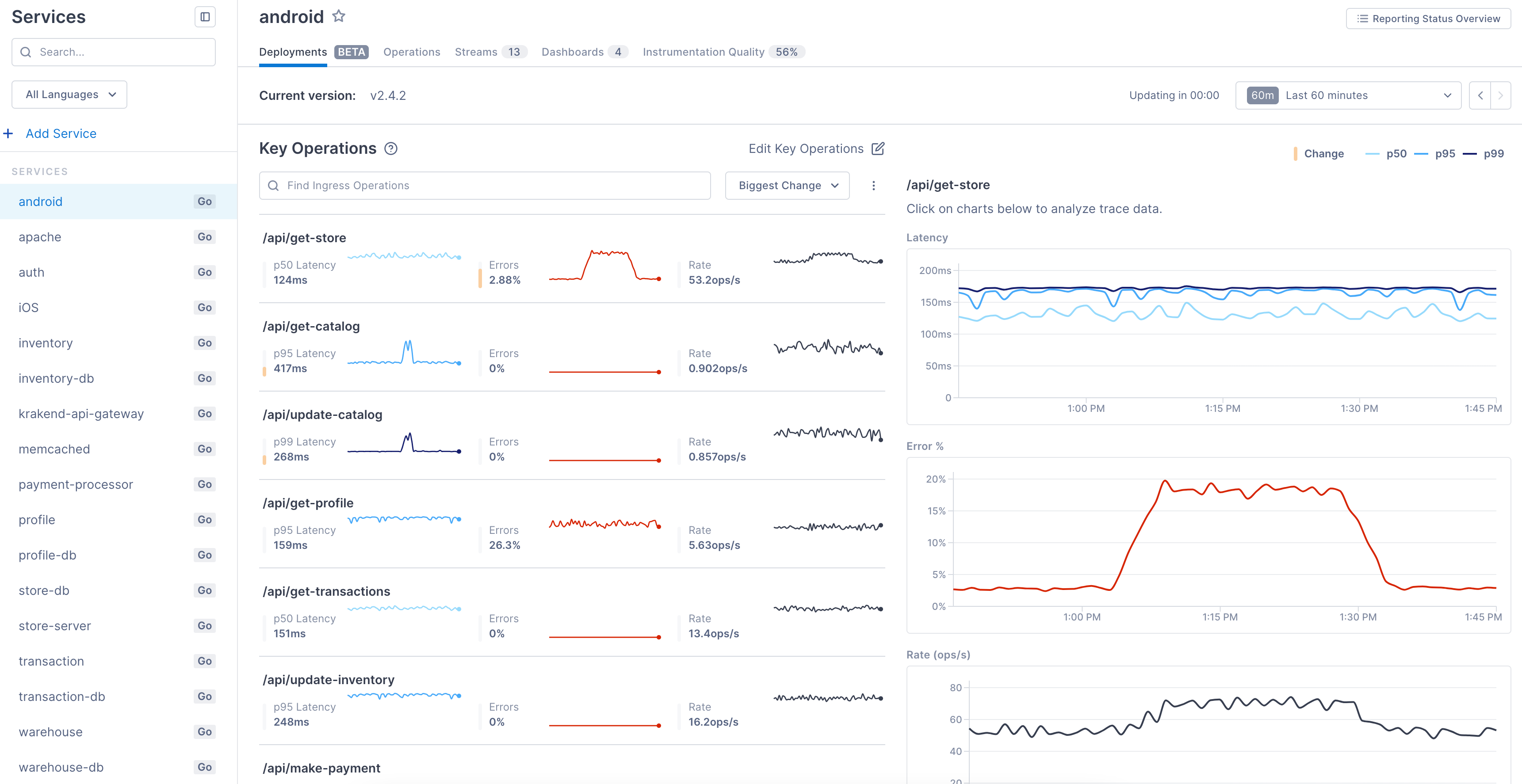 Lightstep Observability displays sparkline charts for Key Operations on the service. They show recent performance for Service Level Indicators (SLIs): latency, error rate, and operation rate. Shaded yellow bars to the left of the chart indicate the magnitude of the change. 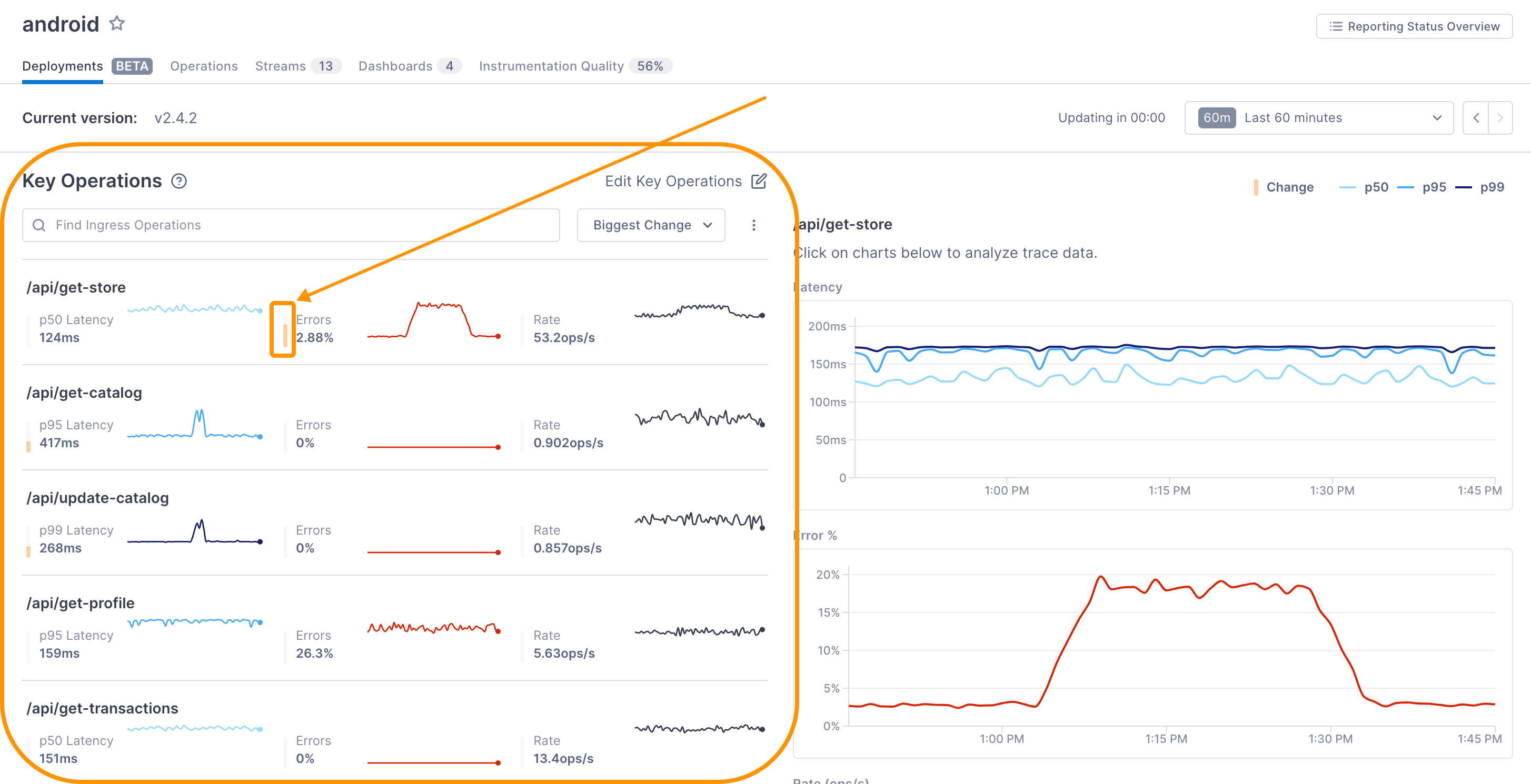 The operations are initially sorted by highest change during the visible time period (you can change that time period) and you can also change the sorting order).

By default, the operations are sorted by the amount of detected change (largest to smallest). Use the dropdown to change the sort.

Also by default, only the latency percentile with the largest amount of change displays. You can change the sparkline charts to show more percentiles using the More ( ⋮ ) icon.

You can search for an operation using the Search field.

By default, the data shown is from the last 60 minutes. You can customize that time period using the dropdown. Use the < > controls to move backwards and forwards through time. You can view data from your retention window (default is three days).

You can also zoom in on a time period by clicking and dragging over the time period you want a closer look at. The charts redraw to report on just the period you selected.

Learn more about how to use this view to monitor the health of your deployments.

Lightstep Observability offers a way to see how your deployments (even partial deployments) affect your service performance.

Learn how to find the cause of an error rate increase using Lightstep Observability's Service Health view.