Use Change Intelligence from a metric alert

Step 2: Use Change Intelligence to find the root cause

Now that we know there was a spike in CPU usage for one of the hosts of the warehouse service, we can use Change Intelligence to find what caused it. Change Intelligence compares your system’s performance based on span data before and during the alert and correlates those changes to the metric deviation that triggered the alert.

You can start your investigation using Change Intelligence right from the Alert page. Click Analyze deviation. 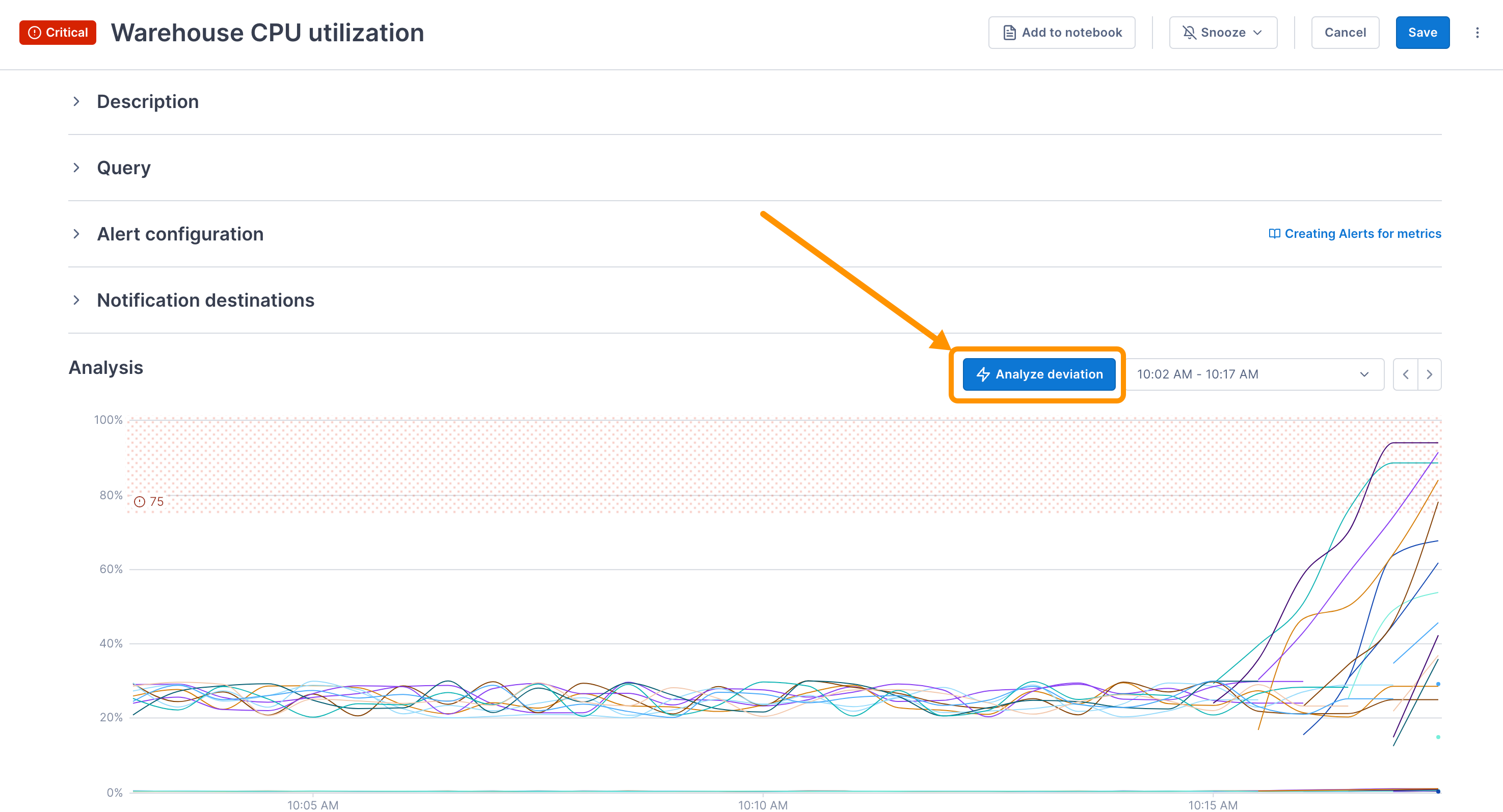 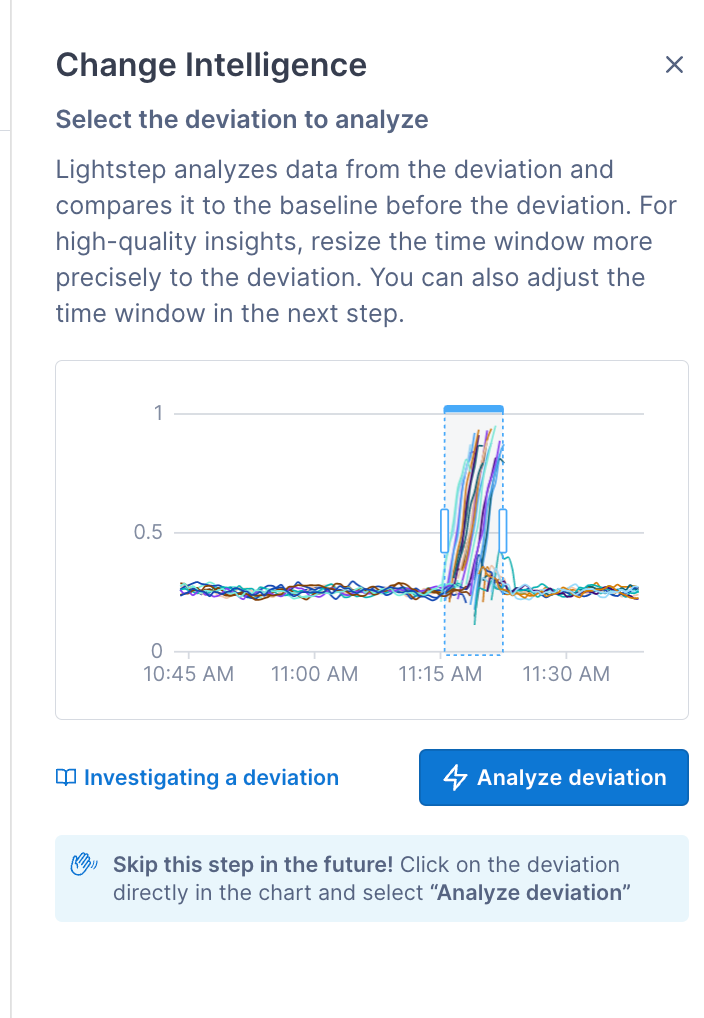 You can change deviation time window by clicking and dragging the blue box.

Change Intelligence compares the performance of Key Operations on the service that sent the metrics, looking for changes in latency, operation rate, and error rate during the deviation. The operations with the biggest change between the two time windows are shown. In this case, the update-catalog experienced changes. 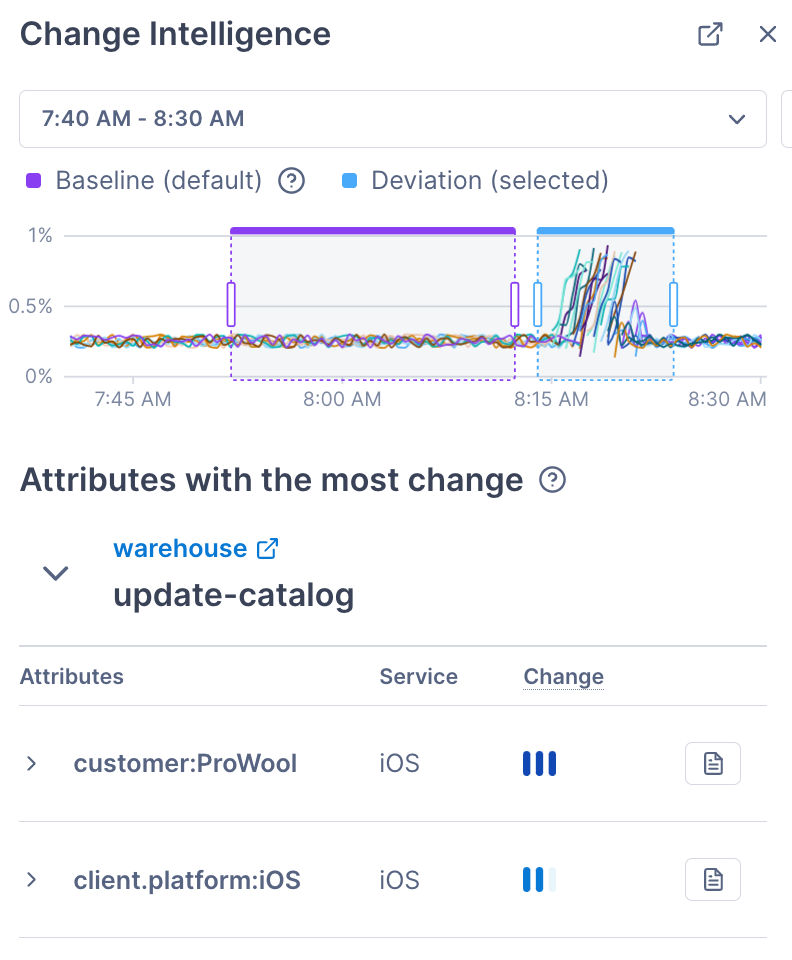 Once Change Intelligence finds performance changes in a Key Operation, it looks at span data from that operation and analyses the corresponding traces, searching for attributes that appear frequently on spans from services up and down the stack during the performance regression. In other words, if an attribute appears on a number of spans during the deviation (and doesn’t on spans from the baseline), it’s likely that something about that attribute is correlated with the issue.

In this case, the customer:ProWool attribute is highly correlated. The row in the table shows that it’s sent from spans from the iOS service. 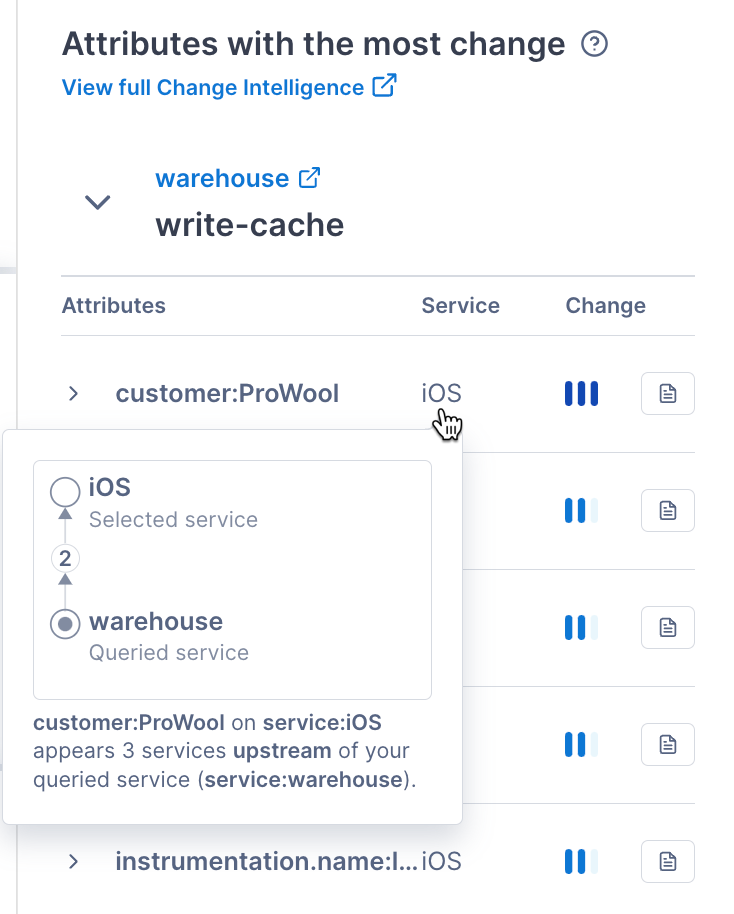 Expanding that row shows SLI charts for that span, and you can see that latency and rate both increased.

Using the the Show comparison toggle, you can see that for spans that didn’t have that attribute, performance didn’t change nearly as much. 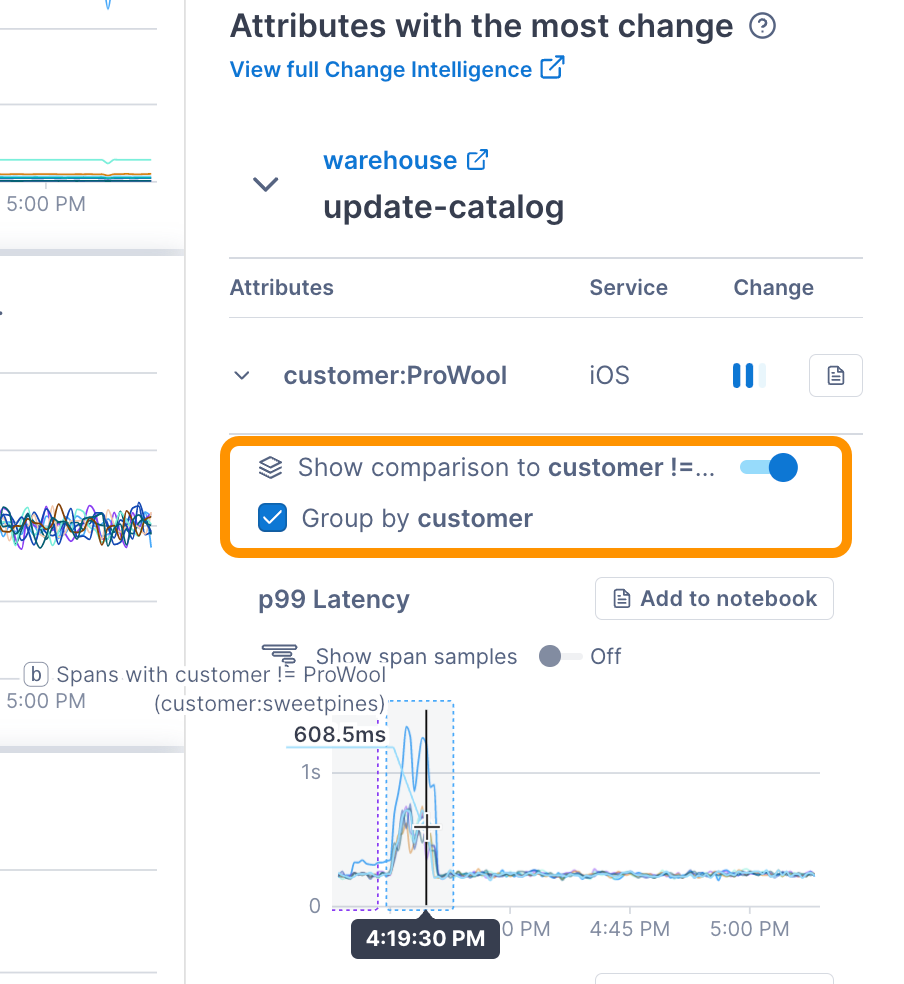 So now we know that requests from ProWool coming into the iOS service generated many of the traces that experienced regressions in performance during the metric deviation time period. Now that Change Intelligence has narrowed down our investigation, we can look at traces to understand why.

Clicking on a span sample during the deviation opens the corresponding trace.

The trace viwe shows us that there was an issue writing to the database from the cache. In this trace, the customer ProWool sent 2,000 requests to update the catalog and it overwhelmed the write-cache and database-update operations, which in turn, caused the increase in CPU utilization.

Step 1: Respond to an alert

Alerts on metric data fire when configured thresholds are crossed, show you current and past performance, and allow you to start your investigation into any deviations directly from the alert.